March 1st - get lost in space with the lrm

I hope this finds you where you want to be. Apologies for my tardiness in telling you about March’s wander, February is a trickster of a month and I have been distracted hunting for the first signs of Spring. The LRM will of course be convening to celebrate First Sunday, This Sunday March 1st and it would be splendid if you could join us.

The theme of the walk will be space; we’ll be exploring the gaps between solididity and the absence that lurks at the heart of the city. This feels particularly apt now as the false nirvana created by capitalism crumbles and shop windows begin increasingly to reflect and reveal nowt but a hollow shell.

The LRM celebrate the beauty in the mundane and derelict and reclaim the places regeneration forgot (or chose to ignore). We’ll be looking at nothing and thus discovering everything….

Space is somewhere to play and build the city of our dreams. Absence can make the heart scream louder and the imagination soar. Don’t be scared of the void; look closer, jump in. When we loose something we didn’t realise was precious the space can be bigger than the thing that was there. Opportunity is everywhere; an abundance of flora and fauna thrive where shoppers fear to tread and the biodiversity of emptiness is breathtaking. Some may see weeds the LRM find treasure….

We’ll be meeting 1pm outside Ilva (Great Ancoats Street, opposite the oxymoronic retail ‘park’) If you haven’t been to Ilva recently you’re in for a treat – it’s a giant empty ghost shop guarded by a lone fake plastic tree. Alongside are seats and a large permanently vacant car park which looks perfect for loitering in (although I suspect we won’t be staying still for long) We’ll probably meander along Piccadilly basin to commune with its winged residents and decipher how paradise got its name

There are bound to be some pleasing echoes and secret performance spaces so please bring any small musical instruments you may have – kazoos, tambourines, flutes, that kind of thing. I have a vision of an impromptu LRM orchestra and a noise making device may be useful if you stumble upon a vortex, black hole or rip in the space time continuum. Who knows what’s lurking at the periphery….

As usual we’ll finish with our favourite beverages and a bit of a natter. If you need any more information (although the route is of course unwritten and our intentions goodhearted but sketchy) or if don’t fancy hanging around a car park on your own waiting to see what happens and want to meet en route please call the LRM hotline 07974929589

In other news we have a splendid line-up of bands, films and sundry wonderful entertainment lined up for our Subverting Surveillance night. What we lack thus far are a date and venue; if you have any suggestions please do holler. We need somewhere accessible, cheap and with good beer please. Plans are also afoot for a May Bank holiday extravaganza full of shenanigans including Manchester’s first urban fox hunt (with, naturally, unnatural non-foxes. No animals will be harmed) More details coming soon….

Thanks, as ever, to all who contribute, contradict and inspire the LRM

a useful primer for anyone interested in civil liberties
Posted by morag at 03:35 No comments:

the sound of the city and its six rivers

An invitation from our friends at Single Cell records to join them for "A shamelessly scrawling, psycho-geographic scramble, from lo-fi acoustic folk to beat-driven 10 piece heavy funk orchestras, touching all points in between."

Single Cell's 14 track, debut compilation, Six Rivers, is availablefrom 19th February 2009, as a free download or a limited edition,hand-made CD album. For excepts just follow this link: http://www.singlecell.co.uk/index_clone.html. They've spent the last week assembling the Six Rivers albums with recycled CD sleeves from Portland Oregon, photography from subterranean Manchester and graphic design from Wigan. album is available from this Thursday at our launch night for a one off, special knock down price of £5!
Posted by morag at 09:00 No comments:

To be a loiterer means making a commitment to freedom and fun and exploring the city.

This requires no special skills or equipment, although an open mind, a keen sense of the absurd, sensible clothing and a curious eye are more or less prerequisite. Many loiterers do have artistic skills or like to carry a camera around to document their adventures - not only can this provide a lovely reminder but can be shared for the enjoyment of distant comrades. Many examples of the loiterers art can be found, for example via our Flcker account.

I've spoken before, and doubtless will do so again, about how loitering is a fundamental human right - we own the city, although the big monolith THEY may not like us to realise this - and one of many serious threats to that right is the insidious sense of fear instilled in us through nonsense scare stories in the media and petty regulations telling us what we can;t do and that its a privilege to be allowed on the streets at all

I'll come to the no kissing zone at Warrington Central another day when i've worked out if its a spoof or not (and when i've got over my bitterness about noone wanting to snog me) and because actually a new law has come into effect which would (like so many) be funny if it didn't infer such sinister intentions.

It is now an offence to photograph a police officer; chilling if like too many i know you may have cause for concern about their actions on occasion. Yes, Section 76 of the Counter Terrorism Act makes it a criminal act should a policeman stray into your camera shot - annoyingly it is perfectly OK for them to intimidate legitimate and legal protesters by waving a lens in their faces. Ho hum.

More information:
http://www.guardian.co.uk/commentisfree/2009/feb/16/protest-police-liberty-central
http://www.fitwatch.blogspot.com/ (note the naughty games they play)
http://www.bjp-online.com/public/showPage.html?page=836675 (british journal of photographers)
http://www.indymedia.org.uk/en/2009/02/422318.html (nice protest video)
http://kriswithak.co.uk/ladybird (in case you need a reminder of what the police actually do. Its very funny)
Posted by morag at 08:41 No comments: 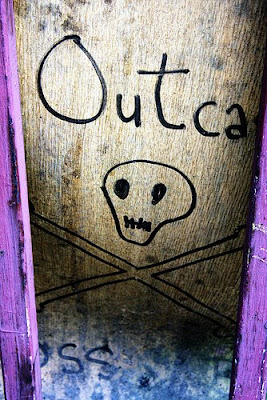 Cross bones graveyard is an amazing place to loiter and just the kind of heritage i think should be celebrated http://www.crossbones.org.uk/ Various good people have been sending round a petition to protect it (I'll be frank, i'm not much for petitions actually but perhaps i'm getting soft as i signed it and hope you will too) http://www.gopetition.com/petitions/cross-bones-graveyard-heritage-site.html
I have a strange relationship with southwark, associating it contradicarily with hospital visits and special treats, when i was there last week i finally saw a pub of family legend which my dad often talked about but which i doubted existed.
Not had owt to do with crossbones since my Dragon days (or the ill fated self help group for mystics as Carol Batton called it) but i'm inspired to drift there next time i'm south
A PLAQUE has mysteriously appeared, commemorating the Southwark prostitutes who were buried in unconsecrated, forgotten graves... the Winchester Geese (were) the prostitutes employed by the Bishop of Winchester. South London Press, 6th November 1998
The plaque, adorned with varnished flowers, was widely believed to be the work of a local Working Girl named Emily. It read: ‘To fix in time, this site the Crossbones Graveyard, where… the Whores and the Paupers of the Southwark Liberty, in graves unconsecrated, lay resting... where now, at Millennial turning, the Whores and the Paupers and our Friends return incarnate, in ritual, with tribute and offerings, to honour, to remember...’ The Southwark Mysteries by John Constable, Oberon Books 1999,
Posted by morag at 06:09 No comments: 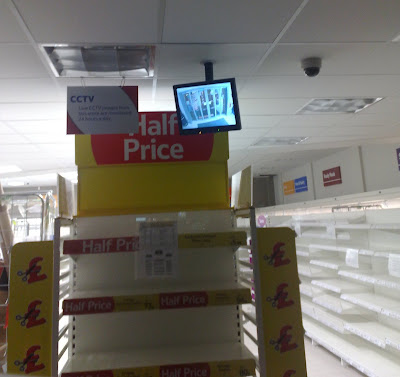 A really ace weekend coming up.

I'll be at Subversive Spaces Conference Dwelling Walking Falling http://www.subversivespaces.com/index.php/about/conference (there's an option to turn up and pay on the day) which sounds fascinating - i've heard really great things about the exhibition so expect a review sometime next week. If you are going too please come and say hi - it is strange and wonderful so many people are kindreds of the LRM but we are yet to meet, please don't be shy.
Whilst we're talking and listening about walking there is action to be had too - oh the irony and how much i've changed. I am sad about the clash as I'd love to go to Platt Fields too, but its an ongoing process so there will be time enough
Anyhow last night I met some lovely folk with a beautiful plan to create a new social centre in Manchester - its very exciting and much needed - i've cut and pasted an email from them below as its their project and deserves their words

Hola ninos de la nueva planeta,Hope we have all had a fine day.

I would like to invite you all to our first open day at the Platt Chapel, that shall take place this coming Saturday at the Chapel itself (wilmslow rd, opposite O.P campus). Last week we had a very successful and positive meeting with many people who shared our excitement of creating a community project, an autonomous space for those who wish to use it.

It was decided that the way to go forward was for everybody to meet up at the space for a nice cup of tea, maybe even abit of cake and most definitely a good old chin wag. So from 1 pm the doors, of our very dusty, slightly dilapidated and probably very cold, chapel (not to discourage anybody, for the building itself is truly magnificent) shall be open to all that wish to enter.

At the moment the project is very much in its early stages and it needs all the help it can get, so please come along this Saturday to share ideas, be inspired and get involved.

I have attached a bit of information that tries to explain the dream and also the minutes from the last meeting. (note i have not put these on the blog but you can get them by email of course) The main thing to keep in mind is at these early stages anything could go and it is up to all of us to decide and make these ideas a reality.

peace, love and light to you all x

P.S if anybody would like to join us on Friday it is action satisfaction
day, that is cleaning and gardening, getting the old place ready for Saturday.
we shall be there from about 11am.

Please go along and support the open day (take cake to share if you can please!) its a great chance to have a nose around and contribute to the creation of something new and exciting
The photo "commemorates" the other big event of the week: the arrival of tesco opposite my house. hooray. another street sliding into conformity and dullness and more local shops under threat. How thoughtful to install cttv before the groceries. http://www.tescopoly.org/
Posted by morag at 05:16 No comments:

sounds like it will be an interesting day, and the plurality inherant in the title bodes well http://www.manchesterhistoriesfestival.org.uk/lectures.php
Tickets are free and there's a full programme of talks walks and other interesting stuff. Booking hasn't started yet so keep checking the website (I'm posting uncharateristically early so I don't forget)
And because history just keeps growing here's a picture of a lovely stencil i spied on oxford raod this morning
Posted by morag at 03:36 No comments:

Multi-layered town
We climbed your windy Churchgate
Loitered by Cobden